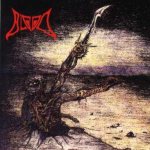 he's such an asshole and a boastful man
and that's the true reason which he's a sorehead
only he doesn't know it!