Of Genesis and Apocalypse Lyrics 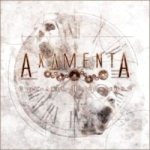 The borders of my perception
Shrunk to ruins, crimson-tinged
As the empyrean crumbled down
From the universal frame unhinged

“And the stars in the sky fell to earth, as late figs drop from a fig tree when shaken by a strong wind
The sky receded like a scroll, rolling up, and every mountain and every island was removed from its place
Then the kings of the earth, the princess, the generals, the rich, the mighty, and every slave and every free man
was consumed in the fire that fell from the heavens.

Its eyes - its stare - a fatal glance for the world to bear
The chainreaction’s verge of time was reached, rendering the world sublime
The stabiliser was withdrawn on the last breath of dying light
The beginning and ending of the chain are quenched in trite
Leaving the causal nexus with -termination- to coincide