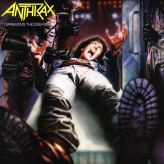 Lunging like an animal, killing all in sight
Going for the throat, living for the fight
In a bath of bloodshed, mixing with the sweat
Crawling through the barbwire, put it to the test

Raging on the warpath, storming through the town
Blowing it to pieces, killing all around
Stand in our way, if you've got the balls
In a hail of bullets, your nailed to the wall

We wait out the day, we burn in the sun
We move in by night, and kill everyone
Show no emotions, have no regrets
Made to take pain, no fear of death