No Longer Will We Be The Meek Ones... Lyrics 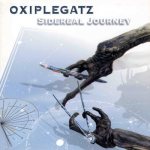 Album rating :  94 / 100
Votes :  2
10. No Longer Will We Be The Meek Ones...
No longer will we be the meek ones, we are prepared for war!"
Way back in ancient history something occurred that still haunts their memory.
Out of the sky aliens descended, - their placid lives were turned into enslavement.
A vile breed of merciless predators, cold intellect, evil and superior,
their arrival struck like a meteor - within a breath the world was in a stupor.
Imagination revealed to be exceeded by the truth,
now alien monsters wreacing havoc in their midst,
enslaving those unfortunate abducted to a horrid fate.