Beyond The Light Lyrics 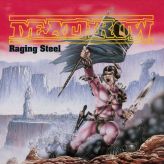 Album rating :  82.5 / 100
Votes :  4
9. Beyond The Light (6:25)
A long, long time he stayed in deathrow, now the chosen day has come
Lead by the ushers of the court, let the judgment be done
Long ago he saw the daylight without bars
But this is the last time his sun will rise
Walking towards the gallows, he knows the sling awaits him
From somewhere he hears music, it´s toneless sound makes him afraid

Suddenly the music stops, for him the sign to go
Was it the melody of death or of mercy he doesn´t now
Now he stands on the gallows, face towards the rope
He believes that after his fall, there´s no future, there´s no hope
Now his head´s fills the sling, he feels the agony growing
Executioner´s hand moves the gear-lever, first he hovers than he falls !

A sudden push through his body
With open eyes he stares at this fate
His lungs gasp for air, his brain explodes
The abyss of death comes much nearer

Hovering in darkness, his body dies
His mind exists, searching for light
A strange feeling, to fly through eternity
A glow in the darkness, it´s a light he now sees

The glowing light comes nearer
He flies into this soul-mirror
Now he can see his now phantom mind
And his life, that´s now passed behind