Run With The Torch Lyrics 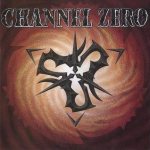 Album rating :  –
Votes :  0
10. Run With The Torch (4:35)
When communism came to its end nobody was ready to extend freedom in their eyes false reality now they trust in their morality used to be oppressed now where can they go ? The rest of the world has nothing to show as they pack up for tomorrow's sunrise flashing memories of political lies no turning back no way to stay the only chance of being free the red will pay

run with the torch, you hope they break, this wall they see the light they give themselves living in an eastern world amnesty cells

From far abroad the news spread quick or was it just a political trick The leaders didn't give much expression They all were listening for the last suggestion the words they seek, their looks describe so much hunger and so many lies, their belief and faith is skin deep communism falls slowly asleep let them be, be one of us give them the future, more faith and trust force the exits, breakup your chains no more difference, march on the plains we all should take the torch and run till end of time that's the only way.