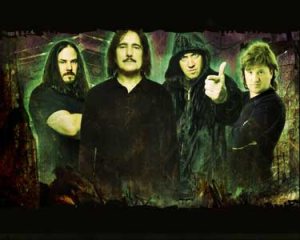 Additional notes
On the three albums released so far the band has been known as G//Z/R, Geezer, and GZR, respectively. Despite the changing name, it is still considered the same project. However, Geezer Butler Band from the 1980s is an entirely separate entity.

Also released a song called "Outworld" (4:46) on the motion picture soundtrack "Mortal Kombat - More Kombat" in 1996 with vocals by Mario Frasca of Speed Kill Hate & Anger on Anger. The song is in the industrial metal style of the Black Science album.
Contributors to this artist