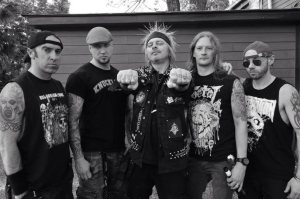 Additional notes
Originally known as Raw Noise, the band was one of the first to play an aggressive style crust punk. This crust punk would later be known as grindcore, but Extreme Noise Terror never really played pure grindcore. They were highly influential, spawning countless crustcore bands to be born.

Eventually, the band internalized many extreme metal forms and played a grindcore-laden death metal very much in the vein of mid-Napalm Death. They continue to play in this death metal style while still gaining the respect of punkers alike.