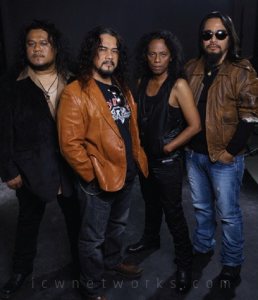 Once disbanded when Joe decided to quit and Jojet left Wings to join Gersang. Syam went on to form CRK.

In 1987, the band was approached by Antarctic Sound Productions to record a debut studio album after witnessing their live performance on various local shows. The idea of using the moniker Wings actually came from Awie's muscular biceps that were compared to a pair of wings. Eddy and Black from Babylon were later hired for the recording process of their first album.

During their early days, Wings had never received any airplay whatsoever because the band's songs were deemed unsuitable to public by board of censors.