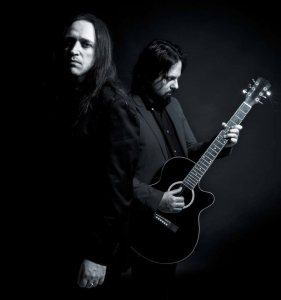 (1)
BANDS And the albums I listened to

abdullah
Additional notes
Novembre (Italian for November) was born in Rome in 1990 (as Catacomb), thanks to the brothers Giuseppe and Carmelo Orlando, both coming from Sicily. The name was changed to Novembre in 1993 after a style change, from death metal to a more personal doom/death sound. They published two albums with Dan Swanö as producer in 1994 and 1996, then the band signed a contract with Century Media Records and embarked on a tour (supporting Moonspell).

Novembre's third album, Classica, was released in 1999, followed by Novembrine Waltz two years later, which was promoted in a tour along with Opeth and Katatonia. In 2002 they re-recorded their first album, Wish I Could Dream it Again..., under the name Dreams d'Azur and they eventually changed their label by signing with Peaceville Records, publishing in 2006 the sixth Novembre full-length, Materia. The Blue (2007) is so far their last effort.