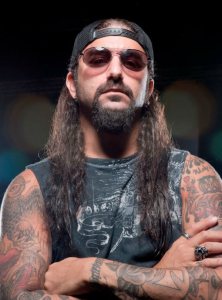 Mike Portnoy was one of the founding members of Dream Theater and was a prominent in the band's songwriting and overall management until his departure in 2010. He had wanted to put the band on hold for a period of time, but the other four members disagreed and decided to carry on without him.
Trivia

Bands he also plays/played with:
- Hammer of the Gods (Led Zeppelin tribute)
- Neal Morse
- Cygnus and the Sea Monsters (Rush tribute)
- Avenged Sevenfold (session drums on their 2010 album "Nightmare")
- Twisted Sister (on their upcoming farewell tour "Forty and F**k It", which will take place in 2016)

Joined Bigelf for their autumn 2014 tour. Their guitarist for that tour was John Wesley.