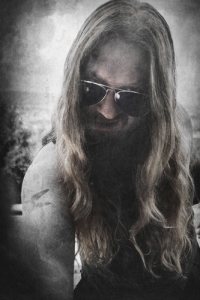 Additional notes
Before joining Lamented Souls in 1991, Hestnæs played drums in a glam rock band called Penthouse Petz at the end of the '80s.

Hestnæs is married to Lise Myhre, a Norwegian cartoonist and illustrator whose best known work is the comic strip Nemi, created in 1997. The couple has a son, Storm Hestnæs, born in 2007.