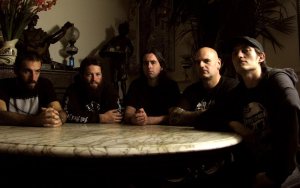 Additional notes
Formed in May 2000 by Tom Raetz, Dave Hill and Jay Jones, who were all former members of Open Wound and Arseripper.

In 2009, the band acquired a new logo and shortened their name from Fuck...I'm Dead to simply Fuck I'm Dead.