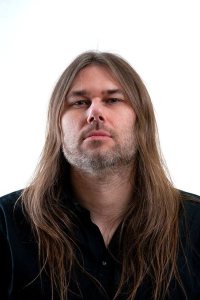 Best Dan Swanö Songs (8)
Additional notes
One of the best-respected musicians in metal music. A prolific songwriter, highly-regarded producer, and a seminal figure in progressive death metal, if not progressive metal altogether.

Younger brother of Dag Swanö, who (has) worked with him on many projects, most notably Nightingale, Pan.Thy.Monium and Diabolical Masquerade.

One could say that the album created under the bandname of Dan Swanö was the next Edge of Sanity album. But since Dan left the band, he recorded the album "Moontower" by himself.

Swanö described his music as "if Rush played death metal in the 70s".