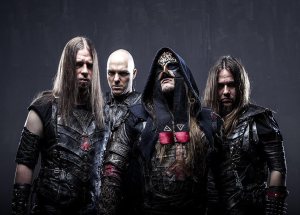 Additional notes
The band was founded by Melkor, István Horváth and Péter Sallai.

Bornholm is an island located 40 kilometers southeast of the southern tip of Sweden (but territorially a part of Denmark) - some Longobards living there later made a journey to Carpathia and joined Hungarian pagans.

The name is also the moniker of a disease which originated in an outbreak of the Coxsackie B virus (or possibly other viruses) on the island itself. It causes lower chest pain and problems breathing and is colloquially known as "The Devil's Grip". Symptoms are usually non-fatal and last about a week.
Contributors to this artist