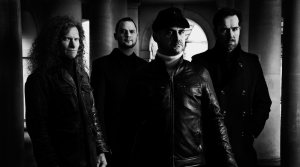 Akercocke participated in the Celtic Frost tribute Order of the Tyrants, released by Black Lotus Records in 2003, covering the song "Mesmerized".

In May 2007 Akercocke appeared on the BBC debate show Nolan Live to defend their right to play a gig in Northern Ireland after Christian groups had petitioned to have it cancelled due to the band's lyrical content and Satanic beliefs.
Contributors to this artist