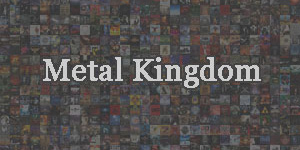 Additional notes
Abbey ov Thelema was founded in the beginning of summer of 2009 as a dark ambient one-man side project of Delgrast, who was already active in another black metal band, Nevaloth.

In November 2010 the style of the project changed dramatically. Vilozof from Nevaloth joined on guitar, and the new material can be described as a sort of an avant-garde, experimental and atmospheric black metal.