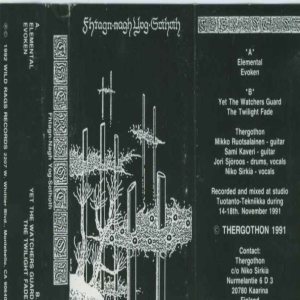 Reissued in 1992 by Wild Rags Records and in 1999 by Eibon. The cover art shown
is of the original demo.

Released on Vinyl in 2006 by Painiac Records, totally new artwork and one
bonustrack 'Dancing In The Realm Of Shades' from an unreleased rehearsal.