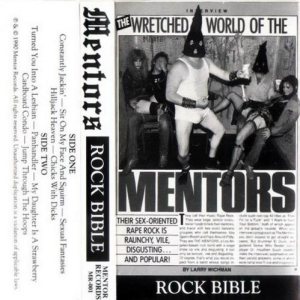 Rick "Insect On Acid" Lomas does drums on most tracks due to El Duce's inability to control his alcohol intake.

Lyrics from "Cardboard Condo" were reused in the track "Living on Welfare" from El Duce's 1993 solo album "Slave to Thy Master".