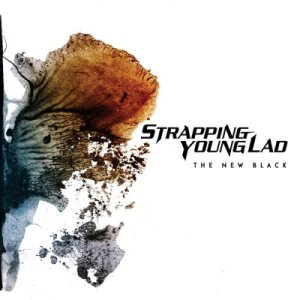 Recorded at the Armoury and Profile studios in Vancouver, BC.
Mastered by UE Nastasi at Sterling Sound, New York.
Pre-production done at Heathen Choppers, Vancouver.

"Far Beyond Metal" is a song SYL had written many years earlier, but until the recording of this album had only ever performed live. It first appeared on the "No Sleep Till Bedtime" live album in 1998 and was also featured on the "For Those Aboot to Rock" DVD.

Some copies came with a bonus sampler disc from Century Media promoting (then) newly released albums by other bands on their roster, with the following track list:

A video was shot for "Wrong Side" with director David Brodsky. ... See More

Davilian   85/100
Oct 20, 2018
Very, very impressive. However, it seems that Devin himself has realized there really is a limitation for his talent to create some "Fresh" music with this format, and that would be why he disbanded SYL.