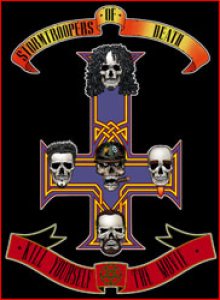 This DVD has an additional 60 mins of footage....to access this there is a code...the code is 485799.
4 band members
85 Speak English Or Die was released
7 years between albums
99 Bigger Than The Devil was released

Re-released in 2009 with a bonus CD including the hidden bonus-show as an official bootleg.
On the DVD the access code is different from the original release.