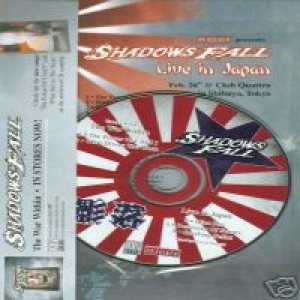 The cover art of the album contains the Rising Sun flag.

The Rising Sun flag is a symbol of Japan's Imperialism and Fascism. It is the same as the Nazi flag of Germany. German never reuses its symbol of Nazi after the World War 2. However Japan proudly uses it again and again without any compunction.

Still there are many victims who are suffering from Japan's past Imperialism and Fascism. Even Japanese government disapproves of apologizing to victims for its atrocities. Even though you can not fully understand victims' grief, not using the Rising Sun flag will help them at least in some ways.
Live in Japan Lyrics (5)

The disc was a promo release included with the November 2004 issue of Revolver Magazine.