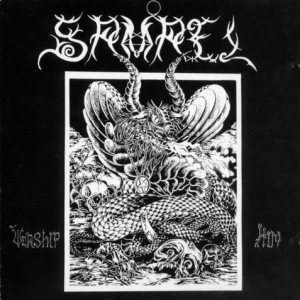 
The first pressing doesn't have the SPV logo anywhere on the CD, shortly after it was added to the booklet, tray card and CD.

LP released 1991 by Osmose Productions as a standard LP format, limitation unknown.
LP re-released in 2010 by Century Media as a box containing the vinyl, CD and a large t-shirt.

Re-released in 2013 by Black Vomit Records on Picture LP. The DIE HARD edition come with a 24 pages bonus fanzine,with interviews from '90-'92 era and is limited to 100 copies. Regular version limited to 400 ... See More