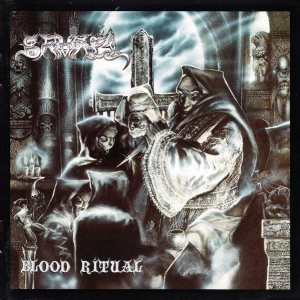 A 2-on-1 re-release including "Blood Ritual" and "Ceremony of Opposites" was issued in 2005 by Century Media. It contains the video for "Baphomet's Throne" as enhanced content.

Re-released by Century Media in 2013, limited to 666 copies, on marbled black and stone-white vinyl. ... See More