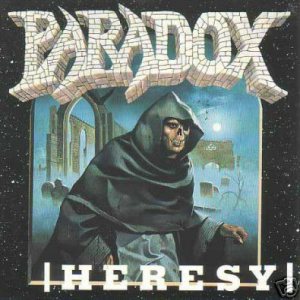 The album has been reissued by the German label High Vaultage Records in 1999.
The reissue contains 2 bonus tracks.
The album preaches a conceptual story about the Roman Catholic Crusades of the
13th century.

Re-released on August 13, 2007 by Metal Mind Productions from Poland as a
digipack on golden disc, featuring bonus tracks, digitally remastered using
24-Bit process and limited to 2000 copies. The bonus tracks are:

SilentScream213   90/100
Nov 1, 2020
Fantastic melodic Thrash that manages to top their very strong debut. Not a single moment of weakness here, save the acoustic outro.

Kildneybean   85/100
Nov 26, 2015
Feels a whole lot like Metallica, but way more riff-oriented and speedy. This aspect has its own pros and cons; it's fun to listen to but a bit bland.