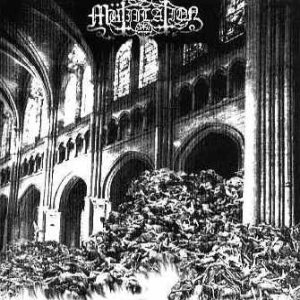 Tracks 1-5 are taken from the unreleased debut album "Evil: The Gestalt of Abomination", which would have been released on Warmaster Records in 1993.

"Remains of a Ruined, Dead, Cursed Soul" to be re-released on CD by Dark Adversary.

Bootlegs:
There is a Mütiilation - Evil: The Gestalt of Abomination CD released by Tragic Empire (I.e. Goatowarex & Drakkar) with the same track listing, plus two additional tracks, limited to 900 copies.

8. Dawn of the Fallen Angel
9. Under the Fullmoon