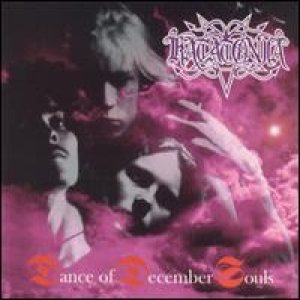 Dance Of December Souls re-issued as a special digipack by Peaceville Records in 2007, including "Jhva Elohim Meth" -demo as bonus. Both are remastered and include liner notes from Chris Bruni - May 2007 and also slightly different cover art and a few rare photos in booklet.

Re-issued by Mystic Empire Records as a limited edition fold-out digipak with a different cover art (Cover) with "Jhva Elohim Meth" as a bonus under exclusive license from the band in 2006.

Reissued by Black Lodge Records with a new cover and new style logo, however Katatonia issued a statement saying, "...we do not support this re-issue and take complete distance from its existence."