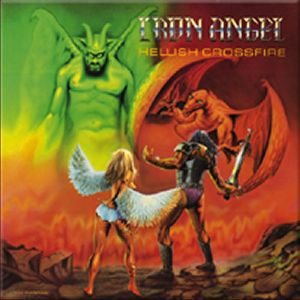 Later reissued as a Picture LP.

Kildneybean   80/100
Jul 22, 2015
This is really your standard '80s Speed Metal stuff. It has everything a decent Speed Metal record needs; pertinent riffs, which go along with persistent drumming and some bass that sometimes unveils itself by tearing through the recticulm of heavy guitars, and nice vocals over that.