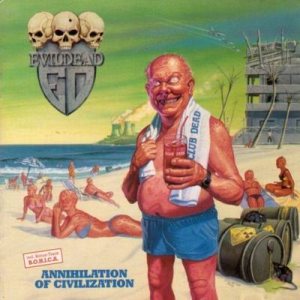 The track "F.C.I. / The Awakening" contains an audio excerpt from the horror film "The Evil Dead", the same film the band took their name from.

Reissued by SPV with "The Underworld" as a double album slipcase package entitled "2 Originals of Evildead" in 2003. Both albums are the previously reissued versions with bonus tracks. ... See More