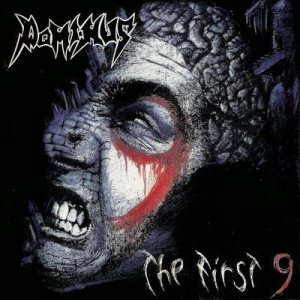 "The First 9" is a concept story built up over 9 chapters.
"Actually the story is true, as I somehow feel I have lived thru the first 3 stages in a former life. I dreamt these first 3 episodes and part of the others. The thing is; I've created a Kingdom in my dreams, a Kingdom ruled by the Crystal Demon served by 9 demons. I've given life to these 9 demons, but they are still incomplete ad I haven't yet succeeded dreaming onto the chapters where they're endowed with eternal life. Therefore "The First 0" invites me into my own dream to complete the birth of the 9 demons. I'm left with two options: 1) to travel thru the Kingdom of the Crystal demon and sacrifice 9 persons to his 9 demons or 2) I get 3 times 3 dream-days to completre the story. Either way gives the 9 demons and the Kingdom eternal life. There is no way of refusing this as I will then be one of the 9 victims.
I chose option 1"