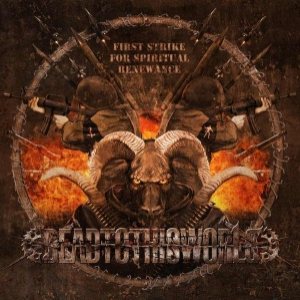 Released in North America via Century Media Records on November 11, 2008.

Released in Australia and New Zealand via Modern Invasion Music in 2008.

The US release on Century Media contains the bonus track, "Speak When Spoken To", which is number 10 on the tracklist and is from the 2006 Audiopain / Dead to this World split release.

"First Strike for Spiritual Renewance" is out on LP and Picture Disc through Iron Pegasus Records.
First copies of LP run in tiger splatter vinyl. The rest in black vinyl. ... See More

Dead to this World Discography