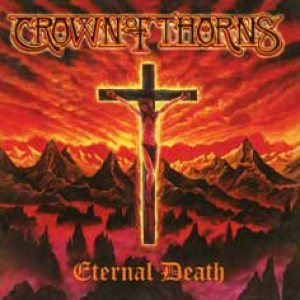 Recorded at Berno Studio, Malmö, Sweden. Produced by The Crown and Berno Paulsson.

"Eternal Death" is the second of two full-length albums released by Crown of Thorns; it is also the last release the band made before they were forced to change their name to "The Crown".

Reissued under the name The Crown in 2002 by Century Media.