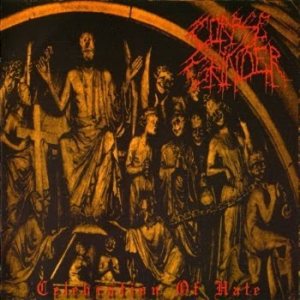 All music and lyrics by Corpse Grinder except "Village of the Damned" lyrics by Carlos R. Souza and "Ridden with Disease" lyrics and music by Chris Reifert (Autopsy).