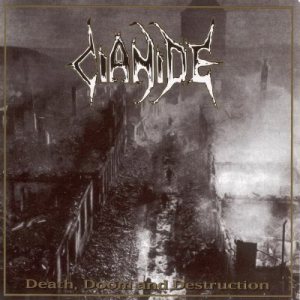 Re-released on Razorback Records in 2008.
Comes with alternate cover art on the front of the CD booklet, and the original cover art on the back.
Also comes with ''The Truth'' 7'' as bonus tracks:
9. The Truth (Master cover)
10. The Dying Truth '96

All songs written by Cianide, except The Truth (Speckman, Middlebrun, Schmidt).

Additional backing vocals on "Metal Never Bends" and "(We Are The) Doomed" by Nick Hernandez and Brice Dalzell.