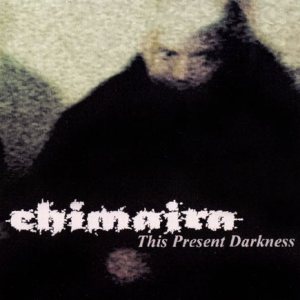 The hidden tracks, "Empty" and "Silence" were recorded with original bassist, AE. The band wanted the songs to be on the record and for AE to be part of the record but they didn't have the money to bring him in to re-record them so they used the demo versions of the tracks. The two tracks are hidden so that the CD can be sold at the price of an EP.

"Empty" features guest vocals from Rob of the band Canister.

The sample at the end of "Sphere" is taken from a movie which the band are big fans of, "The Shawshank Redemption".

The joke song "Satan's Wizard" isn't live. Fake crowd noise was added to the recording, the high pitched vocals are done by Ben Schigel of Sw1tched (the producer of this EP). At the end of the song, he on purpose mispronounces the word 'Chimaira'.

This EP was reissued a couple of times with different tracklisiting:

The version that came with the 'Dehumanizing Process' DVD:
1. This Present Darkness
2. Painting The White To Grey
3. Divination
4. Sphere
5. Lend A Hand
6. Empty
7. Silence
8. Gag
9. Refuse To See *