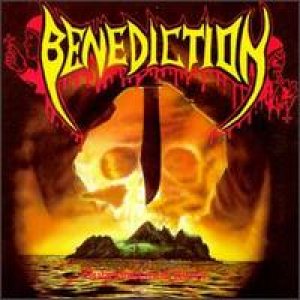 Recorded and mixed at Soundcheck Studios, Birmingham in September 1989 and January 1990.
Produced by Benediction.

Also released as a limited LP on splatter-coloured vinyl.

This was the only Benediction album to feature Barney Greenway on vocals.

The CD version contains a bonus track:
10. Confess All Goodness (3:54)

Abdullah   90/100
Jan 7, 2022
Excellent album from Benediction But the glitch in the recording was weak