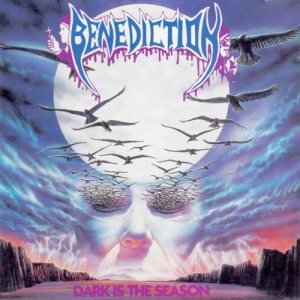 Dark Is the Season

Dark Is the Season Information

The title track was heavily inspired by the 1986 David Lynch movie Blue Velvet.

The central quote is an arranged quote from a letter by David Berkowitz.

Track 5 is a re-recorded version of the song originally featured on the Subconscious Terror album.

A music video for the song Foetus Noose was made.