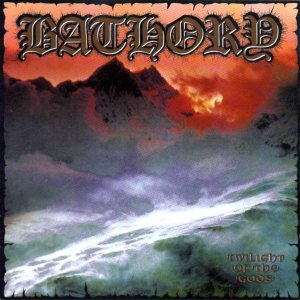 Twilight of the Gods Lyrics (7)

Twilight of the Gods

Twilight of the Gods Information

The album was also released as a picture disc.
Re-released on red vinyl in 2003 by Black Mark.

Originally intended to be the final Bathory album.

The melody of "Hammerheart" is adapted from the fourth movement of "Jupiter" from The Planets suite by English classical composer Gustav Holst (1874-1934).

A slightly shorter version (9:21) of the track "Blood and Iron" is featured on the '92 Touch of Evil compilation from Black Mark Productions. ... See More

Twilight of the Gods Comments