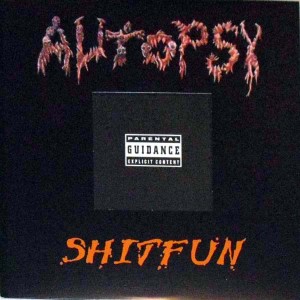 Technically Autopsy was already disbanded before the album was even close to being released and some of the songs are actually considered to be early Abscess material.

Released on tape by Metal Mind Productions in 1995.

Released on limited-edition shit-brown vinyl in die-cut cover with printed inner sleeve by (#invalid label link ID#) in 2010. The release is limited to 500 copies. ... See More