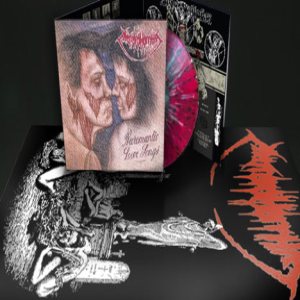 Rather than cram 50 minutes of music on 1 LP resulting in inferior sound, reduced volume and low end, this release is mastered onto two separate 180 gram LPs for the best audio fidelity possible! Both vinyls are pressed at 45 RPM on heavyweight, 180 gram virgin vinyl for optimal sound. Limited to a one time pressing of 500 hand numbered copies 300 will be on pink / dark red marbled "Chunks of Meat" colored vinyl.