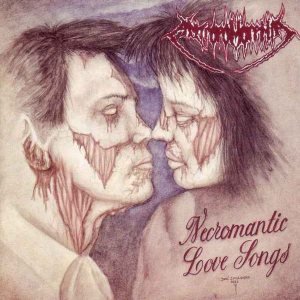 Re-realeased by The Crypt in 2011 as a double LP limited to 500 copies (200 in black and 300 in colored vinyl).
Lp one contains the Necromantic Love Songs Ep, and Lp two contains the Bowel Mutilation Demo