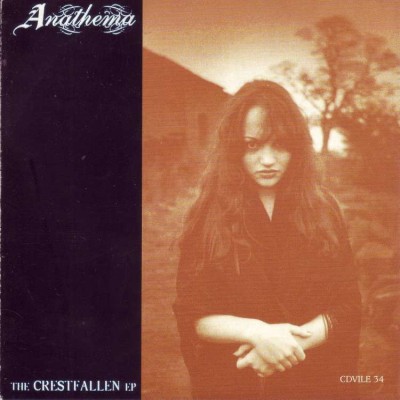 Anathema's early recordings, such as the "Crestfallen" EP, were Doom Metal influenced.

Re-released with "Pentecost III". Crammed onto "Serenades" as well minus the song "They Die".

Recorded at Academy Studios, West Yorkshire in June and July 1992.
Enigneered by Mags.
Mixing Engineered by Keith Appleton.
Produced by Anathema and Hammy.
All music written and composed by D. Cavanagh and Anathema.
All Lyrics by D. White except Crestfallen by D. Cavanagh.
Photograph by Porl A. Medlock and D. White.
Design and Layout by Dave Pybus and Anathema.
Vocals on Everwake by Ruth.
All additional instruments composed and played by D. Cavanagh. ... See More