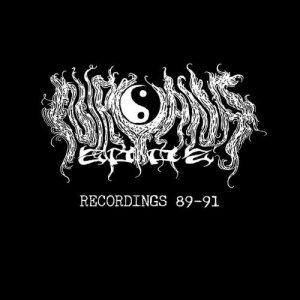 It features everything recorded by the band except 4 tracks:
2 live songs from the 2007 gig because are almost unlistenable;
The alternative versions of ‘Mourning’ and ‘Snake’ with new vocals (different lyrics) recorded in August 1991 because the original tapes are ruined and no copies have been found.
‘Krishna Extrema’ is not included deliberately because is not really a song, but only a vocal joke.