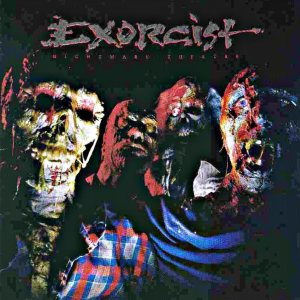 Also issued in Europe by Roadrunner.

Interesting fact : the song "Call for the Exorcist" eventually evolved into "Fire of Ecstasy" that would, fifteen years later, appear on Virgin Steele's album "The House of Atreus - Act II" (the songs are different, but some riffs and lyrics are clearly identical).

Re-released on CD in 1999 by Cobra Records/Skull & Crossbones Rec in a limited (but unknown) number of copies.

Re-released unofficially in 2004 by Satanic Metal Records as one half of a split CD with Piledriver. Limited to 500 copies. ... See More