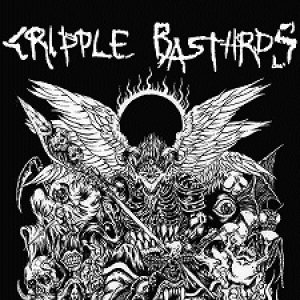 Tracks A1 and A2 : instruments recorded at La Maison Studio by Fabio "Flex" Guarnieri. Vocals recorded at Toxic Basement Studio. December 2013.
Track A3 recorded in summer 2003 at Nadir Studio by Tommy Talamanca.

Released for the Cripple Bastards Japan and Australia 2014 Tour. Pressing of 250 handnumbered copies on single sided clear green vinyl. Track A1 is a new recording, not the old version released on the split 7" with I.R.F. in 1998. Track A3 is an unreleased song.