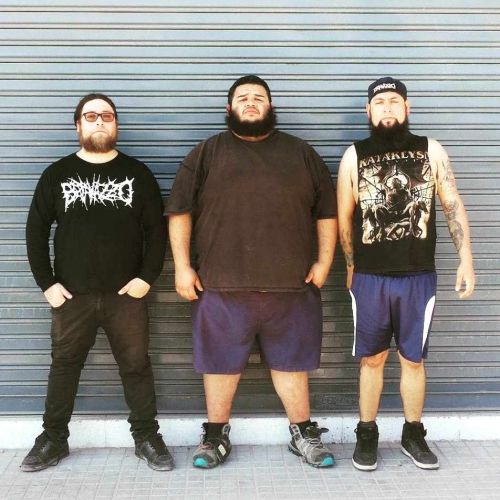 Additional notes
From left to right in the picture: Carlos, Oscar & Pacheco.

They define their Goregrind style as "Distorted Brutal Grind". The band was on hold from December 2011 to July 2012.

The band, apparently, has no lyrics for their songs. The songs are named after some medical pathologies.

Formerly known as Anomalia Craneal, which was later changed to Gusanos Benditos, then to Batacazo Desastrado and finally to Batakazzo. They are one of the most recognized and famous bands in Copiapó, which has allowed them to make small tours around South America, as well as being invited to some notorious chilean fests, like Titans of Grind.

Chikero Electriko Records it's a label made by the band.

Collaborated in the Grind Up your Ass compilation released by In Grind We Trust Records.
Contributors to this artist